You are using an outdated browser.
Please upgrade your browser to improve your experience.

Important
Production is limited to 50 pieces only.
We will contact you following your purchase regarding the car you want the shifter to be installed into.

Inspired by the essential shapes of Brancusi’s sculptures, its design takes after the industrial geometry of the Tetrapods, the massive concrete structures used on Japanese coastal areas to dissolve the strength of incoming waves. Originally created in France in the late 1940s, they were rapidly adopted in Japan from Okinawa to Hokkaido by Fudo Tetra, the company that builds them until now.

Its minimalist and radical design is proportioned for precise and effortless gear shifting, thanks for its added weight (and Newton’s laws of motion); whether you’re breaking the Nürburgring lap time in a Mulsanne or doing your morning commute in a Group B car, the Monolith shift knob is a tasteful addition to any mobile interior with a manual transmission (the Monolith can be adapted to some automatic transmission levers as well, contact us to check if compatibility).

From the Roman Pantheon to Kanye West’s Faux-Haus headquarters, Garagisme celebrates the timelessness of concrete and introduces a warm mineral touch into the automobile. Sophie Dries and Garagisme partnered with Edmonton atelier Concrete Cat to manufacture the Monolith shift knobs. The Monolith Concrete Shift Knob is available in three finishes: Natural, B&W Oracle Black & White, Oracle Blue & Yellow. The ​“Oracle texture has been developed by Concrete Cat ​“as a way to impact impart colour and emotion into the somewhat sterile world of concrete”. 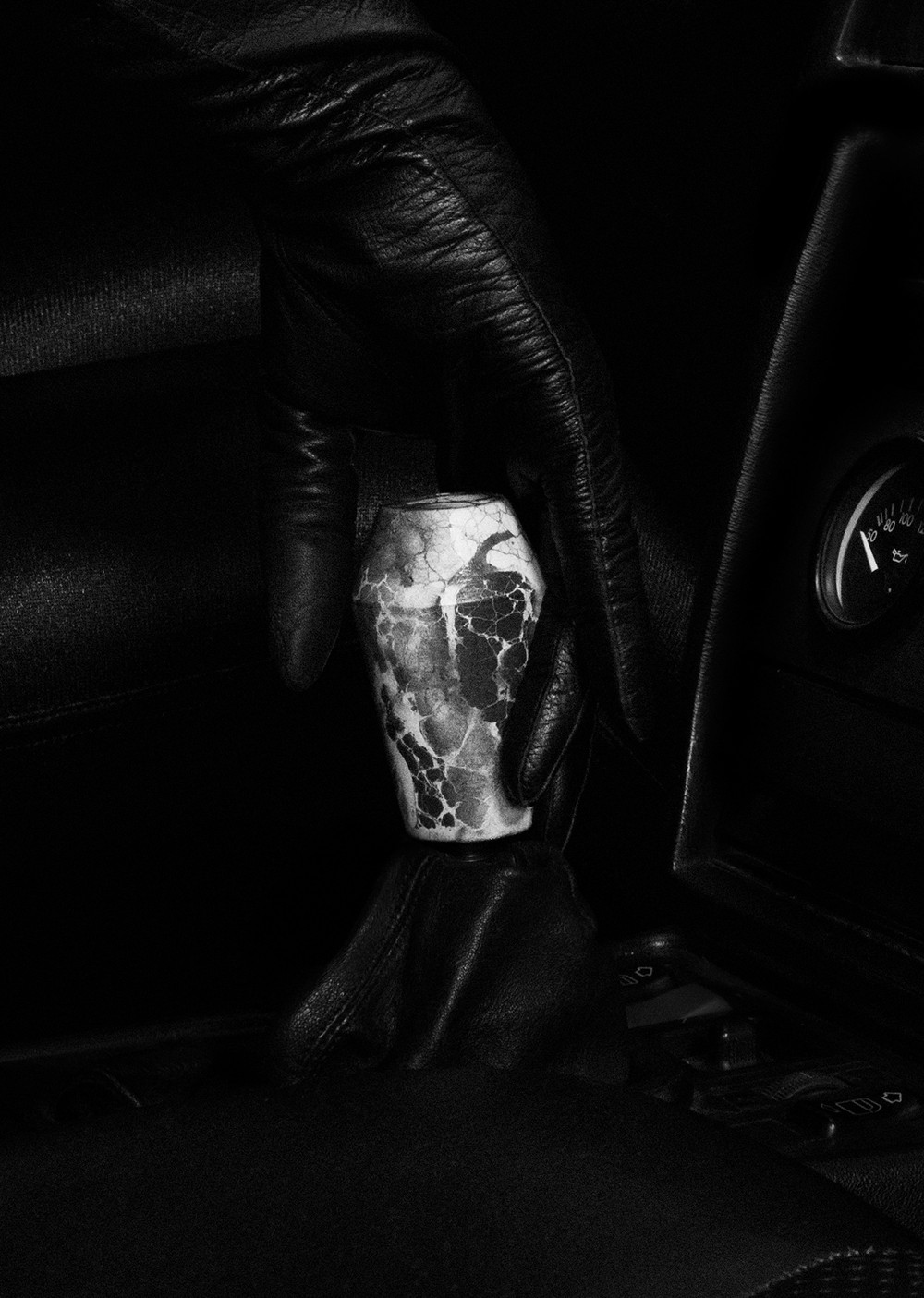 Sophie Dries Architect is a Paris & Milan based design studio run by the eponymous architect. She conceives interiors, architecture and experimental furniture design.

Established in 2007, Concrete Cat harnesses in their design and creations, ancient technology and melt is with modern methodologies and science to create any texture in three dimensional surface. They explore the use of concrete with a focus on colour, pattern and form into objet d’art, furniture, sculpture and architectural elements.